A hybrid of a performance & a personal essay video, "Numbers vs Death" reflects on my lifelong habit of recording the exact moment I finish any book that I read. 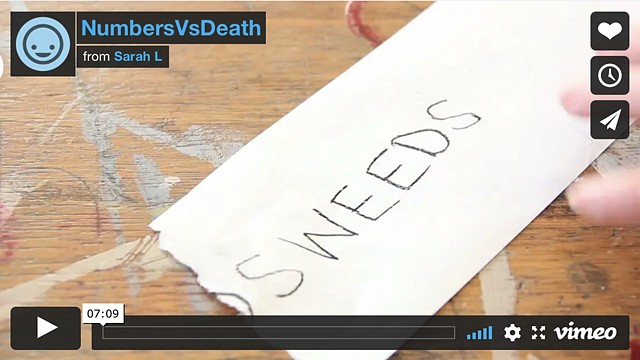 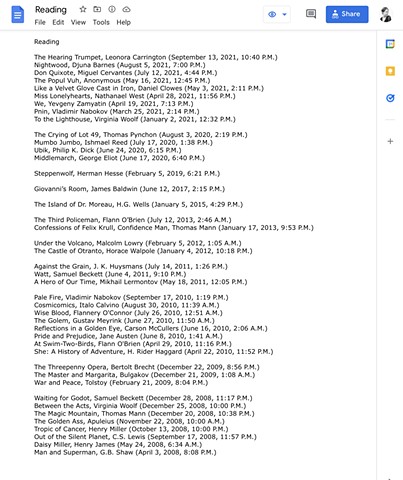 In the video, we follow the unseen artist as she hand-writes and types messages in real time. The piece engages with the idea of its own finality and destruction right from its opening moments, when a hand appears, pulls out a blank page of paper, and writes the words "the end" in thick black marker. Negation, loss, mortality and erasure recur throughout. The narrating and written voices in the piece attempt to collect, record and preserve the exact moments of significant events -- the moment of death, the moment of finishing a book --but there's a recurring instability undercutting those efforts: fear that the time will be recorded wrong, and of the loss of memory erasing all memory of the book. The sense of accomplishment that oftentimes may accompany a long list of completed experiences is flipped on its head when we frame it as, October 13th at 3:23 P.M. is the precise moment when you began to forget, or to be forgotten.

In tension with this, there is the artist's hand engaging in careful, repetitive effort -- creating playful patterns with emojis, meticulously editing typos in real time, collecting and preserving tiny moments and details from life. The entire performance could read as a continual subtraction back to zero, or as a positive act of accumulation.

In the inevitability that death will of course "defeat" numbers, there is a tiny, fierce resistance in giving time to counting weeds, to correcting mistakes with lingering attention, to forming and obeying our own private rituals and habits -- to preserving not just the momentous and transformative moments, but the defiantly small ones, too.

"The end," the fatalistic opening words, recur again at the actual end of the piece, but the artist has written around them, given them a larger context. While the end, the loss, the failure is unavoidable, the piece openly engages that as its material and content.